I moved to Florida last year, and I love it here.

It’s cooling down a little outside this week as we move out of the HOT season of the year. The rest of the year is wonderful…so much better than those brutal Indiana winters.

I love the weather, the outdoor activities, the theme parks, and almos everything else.

There’s one exception so far. A lot of people in Florida simply can’t drive.

I think more people have tried to pull out in front of me or run me over in the past year than the rest of my life combined.

You’ll be driving on a road with a 55 mph speed limit. You see a car that is going to turn onto your road in the distance. They’re sitting there. There are no cars in front of you or behind you anywhere you can see.

This subject came up while I was at the optometrist, and he explained it all for me.

He told me he has taken many people’s licenses away in this area. When he asks these people who are almost blind how they got to his practice, they tell him they drove in. And he tells them they won’t be driving out until they get this fixed.

They’re out on the road endangering everybody’s life because they can’t see.

They read a few ebooks. Then they decide to be the next internet millionaire by putting together a mish-mosh of what they read about…even though they haven’t used it yet.

It makes me mad…almost as angry as those blind Florida drivers do.

I’ve had people hire me for coaching before who were selling a product about how to make a million dollars online. My first response is why don’t you use the product you’re selling?

Sure sounds good with all the hype you have on that sales piece.

Or people move to the next level…and they have their first ever success in one market. Now they’re the guru that everyone should bow before because they made money one time in their market. Everybody needs this incredible technique.

A good way to spot these guys trying to pull a fast one is when they say things like, “This new brand new technique ALWAYS works…”

Always…really…all the time in every market?

If you show them an exception, it is inconceivable. It does not compute. Do not pass go.

Better slam the brakes before you hit this blind driver who pulled out in front of you.

And that of course leads me to the biggest issues of all. There are people who claim to be money making gurus who are flat broke. Yet they’re telling others how they can make money online.

You may just be surprised because some people can talk a pretty good game. But when they’re not paying their affiliates and outsourced workers are complaining about not getting paid. Something is not right in their fairy tale land.

Be careful out there. Practice defensive driving.

Join the Monthly Mentor Club to find out strategies that really work every month…with content that is NEVER outsourced to $5 an hour employees who have never done it themselves.

Terry Dean has been in full-time internet business since 1996 and has helped thousands of entrepreneurs get started online through his articles and products. He lives in Ocala, Florida with his wife and 2 dogs. Find out more about how his step-by-step courses can help you today.

Free Report: "7 Unique Ways to Create Profitable Emails...Even If You're NOT a Writer"

Enter your email below to download your free guide... 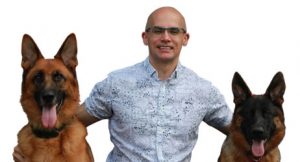 Terry Dean has been in full-time internet business since 1996 and has helped thousands of entrepreneurs get started online.  He lives in Ocala, Florida with his wife and 2 German Shepherds.  Find out more about how his courses can help you Earn More, Work Less, and Enjoy Life!

Your one-on-one internet business coach and mentor will help you every step of the way…never feel alone again.
Click Here For Coaching Details…

What Others Are Saying

"7 Unique Ways to Create Profitable Emails...Even If You're NOT a Writer"